What a fun time we had at the Cumberland County Democratic Women's picnic Monday evening. There was way too much food but you'll be gratified to know that I held myself to only three deserts. One day I'll find real banana pudding like Mom made. Until then I'll maintain my quest.
The Cumberland Mountain State Park is a great venue for things like this. Not many places have a shelter that can accommodate 250 people. In addition to a full complement of local candidates, Congressman Lincoln Davis worked the crowd and pointed out the real prize in the Fall election in Tennessee, the bully pencil that will redraw the Congressional Districts to favor one party or the other. (Next to the secret filibuster, is gerrymandering the most vile of the vile political practices, or what?) 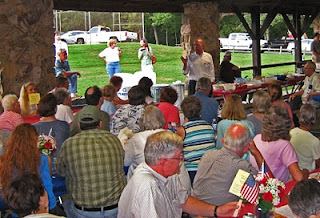 After all the local candidates made their pitch, the headliner took over. Rather than stay up front on the other side of all that food, Mike McWherter put down the microphone and walked up close to the people giving a funny and rousing talk. He's come far enough on the campaign trail that I can now actually see him as our next Governor even if he is more conservative than I wish.
Is it a sign that the Republicans are taking McWherter more seriously that they have their operative tailing Mike with an ever present video camera? Note the young lady in the background. Some of the "girls" had a little fun with her and herded her around by standing in front of her camera. They were good natured about it and let her do her job after a good laugh. 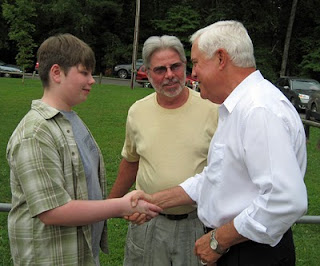 Lincoln had his full team there but he's the star.
This is the kind of political event I love. Lots of hugs and laughs. And the Cumberland County Girls can cook for me any time they want.
Posted by Whites Creek at 8:47 AM 5 comments: 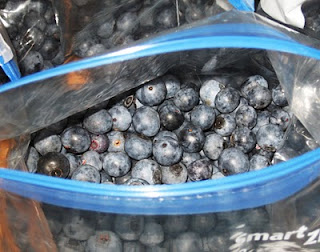 Posted by Whites Creek at 3:23 PM No comments:

This is pretty big. The Land and Water Conservation Fund is not tax revenue, it is funded by fees from offshore drilling leases. It was the blood money paid by oil firms to compensate Americans for the destruction of the marine environment caused by offshore drilling. The money was supposed to go to save sensitive lands and waters by enabling their purchase for parks,, wilderness areas, and public recreation areas. However, as is the way of all things Republican, as soon as the ink was dry on the bill, Republicans started stealing the money away at every opportunity. What was supposed to be a piddling $900 million to save land in America got stolen away near as I can tell simply because Republicans hate all things good. At the same time as they were trying their best to privatize all our public lands they were voting to subsidize the very industries that were most responsible for destroying them, Big Oil, Big Gas, and Big Coal. Annual subsidies to those industries total nearly 80 billion dollars. 80 Billion TAX Dollars!
I have little expectation that the House will vote to end subsidies to Exxon Corporation which receives around $9 billion and pays zero income tax on its $42 billion in profits just last year because it has registered its headquarters outside of the United States of America. I have little confidence that Congress will move to make BP sell to American markets only all of the oil it gets from drilling in American waters. Same thing in Alaska, where Republicans spout the incredibly transparent hypocrisy that we have to drill in the Arctiv national Wildlife Refuge in order to end America's dependence on foreign oil, when most of Alaskan oil is sold to Asian markets. Perhaps the best real solution for America would be for us to take at least one of those massive ships they are deploying in the Gulf to suck up 120 billion barrels of oil scum and first clean all the oil scum out of Congress.
Since that will not happen, let's rejoice at this small victory. It's not a done deal until it clears the full House and Senate but I have hopes.
Under the leadership of Chairman Nick Rahall (D-WV), the U.S. House Natural Resources Committee approved the Consolidated Land, Energy, and Aquatic Resources Act of 2009 (CLEAR Act, HR 3534) and included a provision that would annually fund the Land and Water Conservation Fund (LWCF) at its authorized level of $900 million.
From the Outdoor Industry of America
Posted by Whites Creek at 9:50 AM 3 comments:

Shapes of Things to Come

BP promises to fix everything in the Gulf of Mexico, but having lived through (Well part way through, actually) the TVA coal waste disaster, I have personally seen how little action goes with that pronouncement.  The Marketing department spends a fortune on whitewash while the accounting department nixes all but the egregiously warranted reparations. We can look to the Exxon Valdez experience to see how it is going to go for BP victims in the Gulf.

21 years later the shrimp have finally recovered enough to support a fetal shrimp industry. There are still no herring.

The fossil fuel industry continues to receive American tax subsidies of just under $80 Billion  a year. Exxon's damage award was reduced from $10 billion to $500 million. This makes me want to bite a nail every time I hear someone say solar power has to be subsidized in order to be viable compared to coal. This is a complete falsehood.

It would seem like the first step in creating a post fossil fuel world ( which we must do in order to survive on this planet) would be to remove all subsidies from fossil fuels and put at least half of that figure toward solar power and its storage and delivery systems. What could be simpler?

President Obama enjoyed soaring approval ratings as he took office but now, with the ratings hovering just below 50%, Elected Democrats seem to be shuffling away from associating themselves from him. My Congressman told me that Obama polled 34% in the last election so he had to distance himself. What drivel!
Here's the not quite worst US President in history's approval ratings for his two terms. It is fairly obvious that had W not started his unwinnable wars after the 9-11 tragedy his approval ratings would never have seen daylight. In fact the case is easily made from looking at the chart that Bush's incompetence, even though he was strongly warned, in preventing the 9-11 attacks was the best move of his Presidency for conservatives who were Hellbent on destroying America's Middle Class. George W Bush was reelected with a sub 50% rating. There were no Republicans running away from him. One thing about a crime family...they all point their guns in the same direction when they are under fire.
So stop and think for a minute what the greatest accomplishments of the Bush Administration were. Can't think of anything good, can you? Well, unless you were a rich person who hates America and don't want to pay your fair share of the cost of protecting your hoarded gold. Or, and this one bothers me a lot, you are a Multi-National Corporation that sees American laws and regulations as a barrier to obscene profits, jobs and health of the actual Citizens of our country be damned!
So what are we seeing right now with regard to our President and his agenda to save what's left of America, Of the people, By the people and For the People? We see certain turncoat Democrats as his greatest obstacle. Between lockstep Republican opposition to Obama's legislative agenda and turncoat Democrats, It is a wonder that President Obama has gotten anything passed and yet he has.
We have the first step in a viable healthcare system that works for the actual people of this country instead of the stockholders of Health Care of America.
The tragic wars of George W. Bush are winding down. Torture has been stopped and the targeting of civilians  in rocket battles has been ended (a year ago, actually).
We have a sensible Administrator of the EPA in Lisa Jackson. We have highly qualified Supreme Court nominees in the pipeline (and don't pretend to me that John Roberts was qualified for the head Justice position under Bush...No freaking way). Justice Sotomayor has proven to be excellent on the bench.
And we have the first steps in reforming the financial system which has wreaked such havoc on our country and its citizens.
This took, say, 18 months. Hey just for grins name the accomplishments of W in his first 18 months? I mean other than allowing the most tragic terrorist attack on American soil in history and then attacking the wrong country...
OK, so we are reading breathless newspaper articles that say 40% of Americans are dissatisfied with Obama's performance but let's think about that shall we? If you add in the additional 20% who look at Obama's record of rather historic accomplishment and say he hasn't done enough yet, Obama is actually riding a 60% favorability curve. In any mock election poll against any Republican candidate, Obama destroys his opponent. America might be unhappy with Obama but they are still really pissed at Republicans.
In any event, Barak Obama's real enemy is not the Republican party, evil and onerous as they are. My and your and Obama's real enemies in restoring America are the traitors in his own party. Who would have ever believed that it was a Democrat, Senator Ben Nelson, who took unemployment benefits away from 18 million American workers whose jobs were sent overseas or lost due to Bush Administration actions.
Barak Obama's real enemies are the Democrats who lack the spine, the courage, the whit of common sense that has them tucking their tails between their legs and whining about the President's approval rating. Cowards, the lot of them.
Peace,
Steve
Posted by Whites Creek at 9:47 AM 2 comments:

Random shots from the last few days...All from the deck looking over the creek. 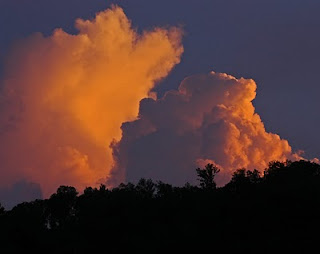 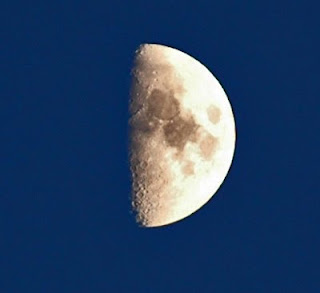 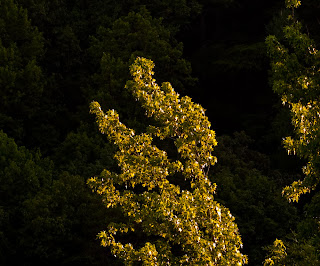 This last one doesn't quite work. The light was awesome. The photog not so much.
Posted by Whites Creek at 9:07 PM 4 comments: