The list includes a beautiful fish that the team at Conservation Fisheries is working hard to save:

Kentucky Arrow Darter: Toxic waste from mountaintop coal mining is poisoning streams and killing the rare Kentucky arrow darter fish (and contaminating the drinking water of downstream communities). The arrow darter has been wiped out from more than half of its range.

The full list and story is here...
Posted by Whites Creek at 9:54 AM 2 comments: 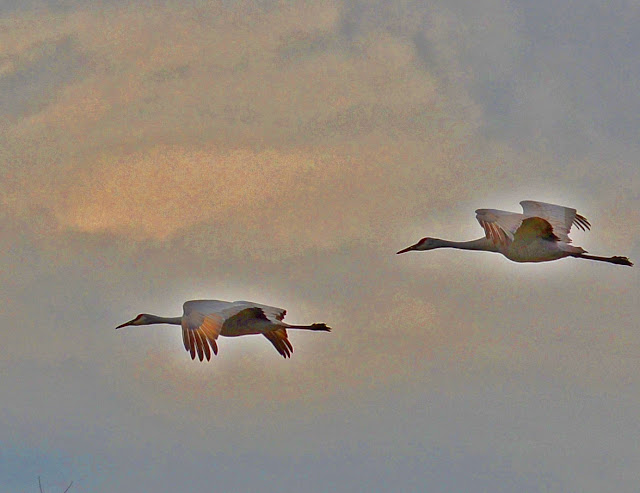 We did get a view of the Hooded Cane as it flew by but nothing to show a picture of. We had a Whooping crane for a few minutes until it turned into an albinistic Sandhill crane...a rare enough white colored sandhill but not a Whooper.
I was amazed at the number of folks from foreign states and even countries that were hanging around. Some folks had been there for ten hours when we arrived. The light was pretty marginal for photos, as you can see from the above.
Posted by Whites Creek at 8:45 PM 3 comments: