The Whites Creek bald eagle babies have left the nest and are being coaxed from tree to tree by mom and dad. There's a lot of screeching and complaining from the babies and a lot of whistling from the parents. Some things are constant in the universe.

My walk last Thursday with a TVA botanist was fascinating. I was concerned that in rebuilding the access trail I might destroy one of the rare plants he has located but my fears were allayed. It's funny that the rare plants usually turn out to be rather abundant in the areas where they still have habitat, as is the case in Whites Creek Gorge. The goldenrod that may be so far undescribed to science grows all over the place. You can't go anywhere without stepping on some of it.

The big concerns I have are worries over water quality. When we have rain one of the larger tributaries, Piney Creek, has that old familiar smell. For now the creek can handle it but what if the problem increases in the future?

When we first moved into the gorge back in 1992, the creek was too cold to swim in comfortably until August. Now it's warm by early June. There is no one who lives in the country who doesn't have their tale of climate change. It's obvious to those who live their lives in touch with the land. I don't understand anyone who doesn't accept that things are changing seriously fast and not for the better. Paul Krugman steps out in public and says what has to be said about politicians who deny global warming because they get more campaign contributions that way. Krugman calls this an "Act of Treason."

...if you watched the debate on Friday, you didn’t see people who’ve thought hard about a crucial issue, and are trying to do the right thing. What you saw, instead, were people who show no sign of being interested in the truth. They don’t like the political and policy implications of climate change, so they’ve decided not to believe in it — and they’ll grab any argument, no matter how disreputable, that feeds their denial.

...Still, is it fair to call climate denial a form of treason? Isn’t it politics as usual?

Yes, it is — and that’s why it’s unforgivable.

The rest of Krugman's essay

Perhaps "peace" isn't the correct closing after that,

To Fathers on Father's Day

Are you a biological Father, or are you a Dad?

"Let's admit to ourselves that there are a lot of men out there that need to stop acting like boys; who need to realize that responsibility does not end at conception; who need to know that what makes you a man is not the ability to have a child but the courage to raise a child."

"Any fool can have a child. That doesn't make you a father. It's the courage to raise a child that makes you a father."

"We need to step out of our own heads and tune in. We need to turn off the television and start talking with our kids, and listening to them, and understanding what's going on in their lives.

Barack Obama
Posted by Whites Creek at 11:00 AM No comments:

Waddyadu When U Ain't Gotta Job 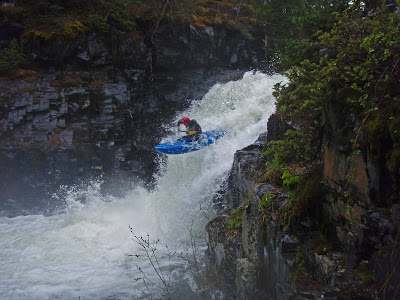 O'Be Joyful Creek in Colorado.
Posted by Whites Creek at 8:36 PM No comments:

Quote of the Day

A journalist looks at newspapers and why they are losing journalists...

...if Google can successfully sell ads based on a mere list of headlines, shouldn’t newspapers be able to sell even more ads based on a database full of the best local reporting to be had in a given monopoly newspaper market?

Except that the nitwits running America’s big newspaper chains laid off or ran off many of their best local reporters weeks, months or years ago, you know, to cut costs.

Obama spaketh, and it was good: "We have to find more environmentally sound ways of mining coal than simply blowing the tops off mountains," he proclaimed.

...Even as the people rejoiced at this good news, coal barons trembled in their temples of black gold. For a decade, these mighty extractors of wealth had been allowed to accumulate unto themselves enormous profits by exploding the tops off the peaks in Appalachia, the oldest mountain range in all the land. With the top third of these awesome, forested mountains reduced to rubble, the barons used giant machines to strip out seams of coal, and then they simply shoved the rubble and toxic coal waste down the mountainsides, burying the valleys and streams below. It was a desecration — but the love of mammon made it the law of the land