I don't know why it is called Whites "Creek" either 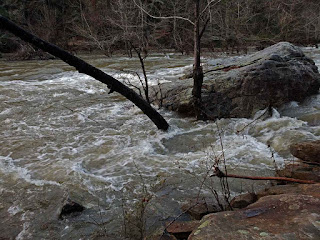 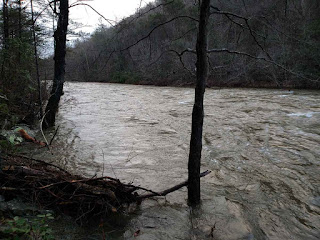 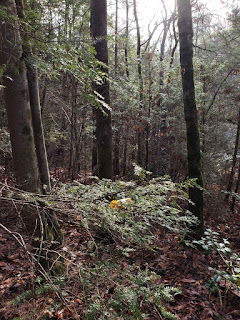 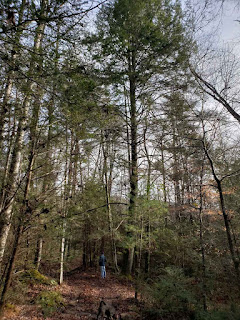 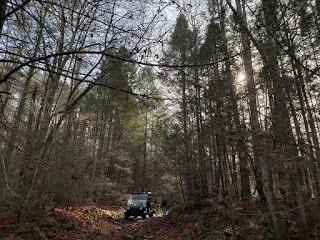 We released beetles at three locations today. Water was still high but not what it was yesterday (First two pics)
Posted by Whites Creek at 6:27 PM 2 comments:

Lots of things are happening this time of year. One thing we are keeping a close eye on are the Hemlock Woolly Adelgids, HWAs for short. Left to their own devices they will exterminate Hemlocks in the eastern United States. The only long term solution is to develop populations of the predatory insects that keep the adelgids under control in other parts of America. In the Pacific Northwest they have hemlocks and adelgids co-existing nicely. This is because even though the adelgids are invasive, originally from Asia, strains of predatory beetles have grown to love them andprey almost exclusively on the adelgids, leaving all the other arboreal fauna and flora alone. We started releasing the Sasajiscymnus tsugae beetle nearly three years ago. They feed mainly in the summer and seem to be doing a good job where they are but they spread really slowly. Yesterday we started releasing a different beetle that has seen great success where it has been inoculated. We would like everyone to join us in welcoming Laricobius nigrinus to Whites Creek Gorge! 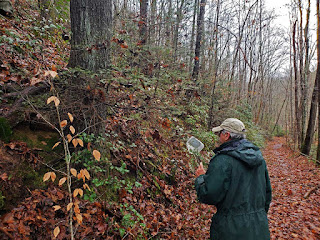 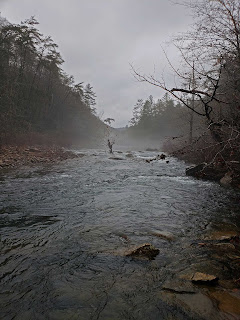 We released about 300 beetles in four locations and on both sides of Whites Creek. They aren't cheep by by means. $1500 worth of them came to us in a little bait cup. We will release all we can get tempered by what we can afford. There seems to be a lot of grant money for chemicals that are temporary treatments at best and some other things that aren't working all that well. Last big word on Laricobius, affectionately called "Larry", is that they get the job done, eating ravenously and reproducing joyously and copiously. Best of all, they spread out much faster than the other beetles. We need all we can get asap, but so does the rest of the world. Wish us and the Larries lots of love and luck. Cheers! 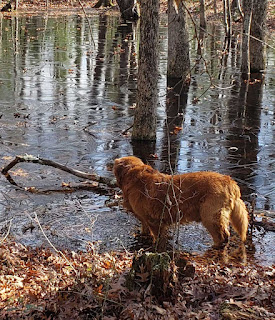 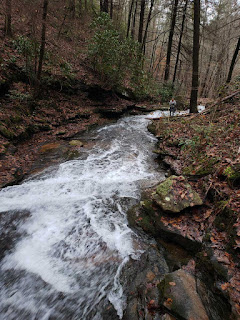 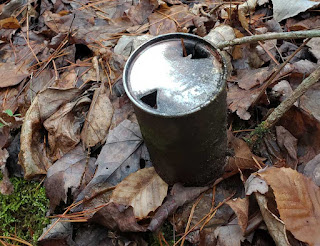