You Say Jessamine, I Say Jasmine

I've always heard it called jasmine in the South that I've lived in. This is one of the domesticated cultivars but it is a native plant. The flowers are quite poisonous and deliciously fragrant. This was taken just a few minutes ago in the soft morning light. 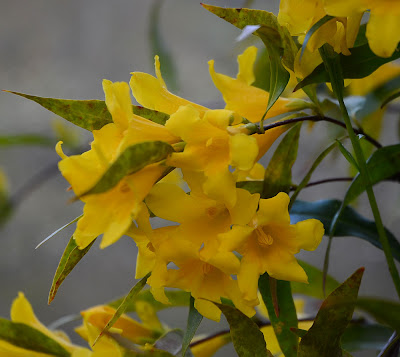 Our little pipistrelle bat was still hanging out  in the mine when we went back with headlamps today. We went past where the mine forks, with the right fork being more of a room with wood posts jammed between the floor and ceiling. Several had failed so we decided that wasn't the way to go. We stayed on the main shaft (horizontal) and found a rail structure made of wood. This surprised us but we've since done research and found pictures of wood wheeled carts and wood rails used in European mines in the 1700's and early 1800's. We're thinking this mine is pre civil war but more work needs to be done to set any date. It could be much later and more indicative of the poverty in East TN after the civil war than anything else. I would appreciate any info anyone might have on this. 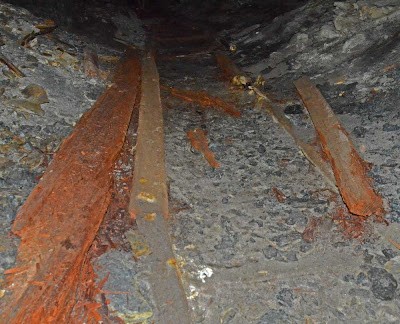 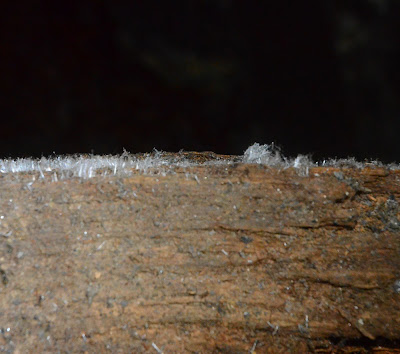 We noticed that little needle like crystals were on the wood in places. We found them on pieces of coal as well. Any idea as to what they could be? My Google-foo isn't working on them so far.
Posted by Whites Creek at 10:05 AM 6 comments: 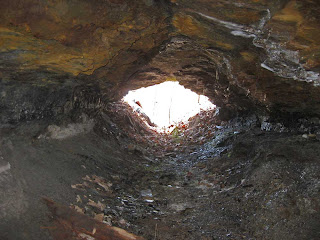 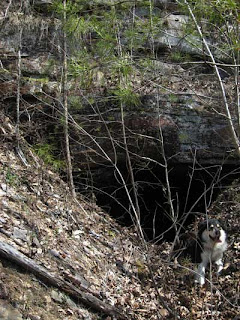 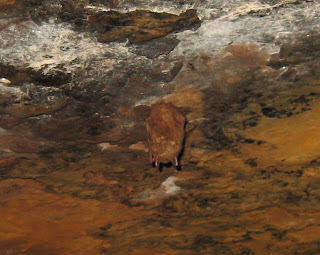 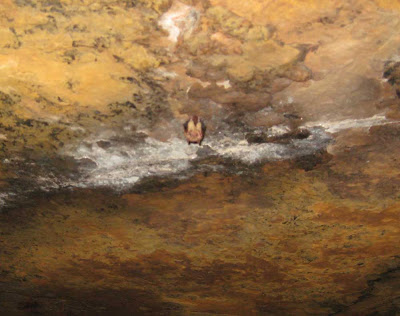 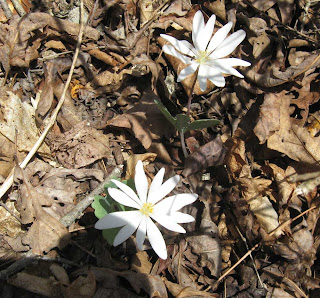