As leaves drop into the water in the fall, we see it turn a golden color from the leaf tannin. 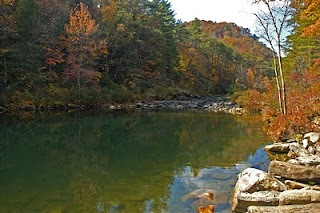 And then we wait for the rain to come. 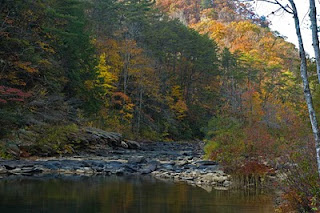 Caught these mosquito-like midges(?) working over the last few fall flowers. I have never noticed these insects before. Anybody know what they are? 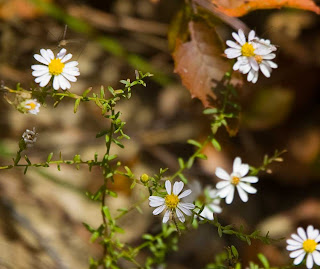 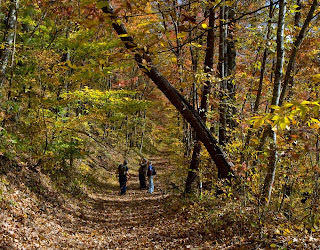 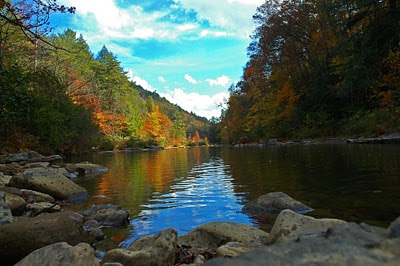 One of the cool things about living in a rare place on this planet is learning about the rare things that live here. We have several plants that are rare, threatened, or even endangered that call Whites Creek home. We also have a goldenrod that acts as a ground cover and then sends its bloom stalk up on a rhizome instead of coming out of the center of the basal rosette like most of them do. Goldenrods are blooming and going to seed right now and nobody is sneezing because of them. They don't cause allergies, in spite of all you were told growing up.  I had the pleasure today of going out to collect  specimens of our local goldenrod so that it can be sent around to other botanists for evaluation. It appears that ours is undescribed to science. That will change soon.
Dr. Larry Pounds is my go-to guy for plants. He has led several field trips in the gorge and is a patient teacher. He is also the person who identified the unusual nature of this goldenrod and has located several other rare plants that live here. It was fun to dig in the dirt and follow the underground connection from plant to plant as we realized that a given patch of goldenrod is more than likely just one plant and its offshoots. 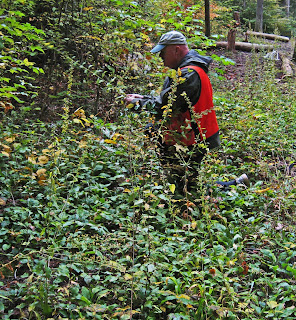 Dr. Pounds examines a specimen he is about to put in the press for preservation. A previous specimen sent to U. T. was lost. We now have several new ones for evaluation by other botanists. 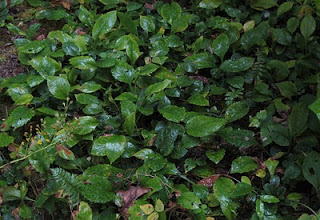 This is one patch we sampled in its ground cover phase. It is a beautiful plant even without the blooms. I'll keep you posted on the process and whether it is determined that this is a new species or a variant of one already described.
Posted by Whites Creek at 7:17 PM No comments: 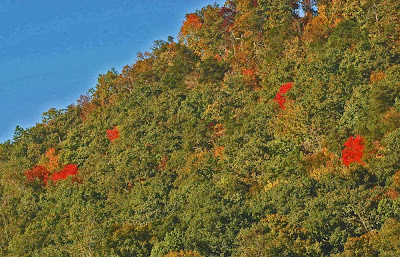 Posted by Whites Creek at 10:01 AM No comments:

Joe and Betty's oldest boy is now 61 years old as of today at 10:45 a.m. which is the time listed on my birth certificate. It also list my father Joe's profession as "Butcher". Mother Betty was 19 at that moment and is listed as a housewife. That was about 61% of a century ago and gravity is working much more fiercely on my body. I am now locked in mortal combat with gravity.

So in the epic battle for truth, justice, and the American waistline I have started riding a road bicycle. I like it.

For my 61st I decided to do something hard (for me) and ride from the Tennessee Valley to the top of Mt. Roosevelt on the Cumberland Plateau. That sounds more epic than it is since our yard goes from the Tennessee Valley up to the Cumberland Plateau  but it is still an 9 mile ride if you go by pavement with 1200 feet of vertical, half of which is in the last mile or so. The pavement at the end of our driveway is at 800 feet. The Roosevelt Mountain Fire Tower is at 2000 feet. Here's the Google Maps Route. For some reason the Google wouldn't let me embed it. Point A is the end of our driveway in case any of you decide to come by. Point B is the Fire Tower. If you note the embayment and main lake on the right that is the Tennessee River backed up into Watts Bar Lake. You can see the embayment and the Tennessee river main channel in the distance in this picture. The picnic platforms look to be old CCC projects made of cut sandstone. In case you've ever heard of Crab Orchard Stone, it comes from a little way past the the back side of this mountain. 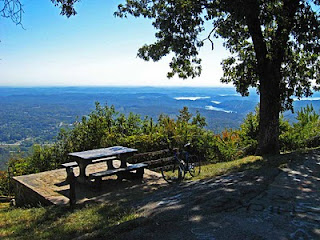 So that picture is taken from Mt Roosevelt looking across the Tennessee Valley to the Smoky Mountains in the distance. On a clear day, of which there aren't that many any more, you feel like you can reach out and touch North Carolina. My bike is resting while I take pictures. It's tired.

Here's the old fire tower which they have fenced off with razor wire. I think it would be an awesome project for Tennessee to restore this old relic. I've been up it and the view is 360 degree fantastic. People would pay. 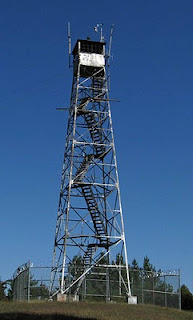 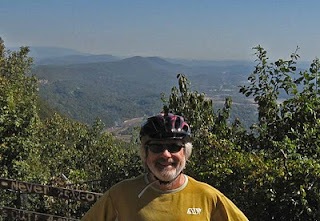 This is the view looking northeast toward the Cumberland Mountains. Sorry about that old guy getting in the way. Somebody's undying love for somebody else has been marked through on the rail behind him but you can't see that. Apparently "will love...forever" doesn't mean forever.

Just so you know...it is much easier on the thigh muscles to ride a bike down 1200 feet than going the other way. The only thing that hurt going down was my hands from the death grip on the brake levers.
Posted by Whites Creek at 2:02 PM 4 comments: 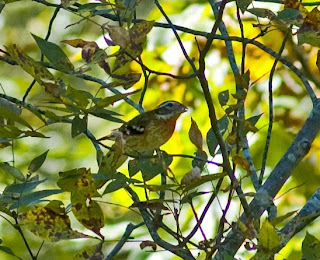