OK, I confess. Been to the beach.


We were staying at a 1939 era Inn with no phone, no TV, no Internet, and no air conditioning. It was 101 degrees Monday and I developed a relationship with an electric window fan. We were the new kids since most of the other guests have been coming on the same week for decades. They book the next year as they are checking out. The other guests included an investment broker, a successful artist, a graphic designer, the family of an Oscar winning (Best) actor (He couldn't come this year because he is on location, and no, I'm not giving up his name...Famous actors deserve their vacations, too...particularly their families.), and some other incredibly interesting and totally delightful people. One couple have been coming to the inn for over 40 years. One couple told us they had "only" been coming there for 14 years..."Only"?

"Bucky was raised here", his dad said. "He was 4 when we first came here." Bucky is now 39. "We got kicked out of the other inn we were staying at because of a mysterious fire that was blamed on the fireworks that some of the kids were enjoying." The Seaview took Bucky and his Dad in and that other inn got taken out by Hurricane Hugo in an act of divine retribution for the owner's dislike of children after they turned three. 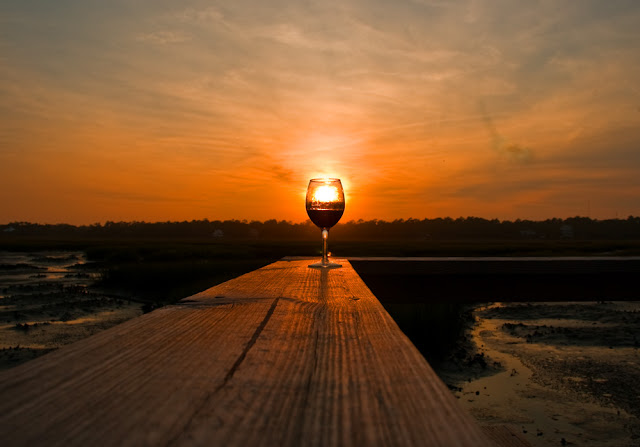 The sunset ceremony on the Marsh side was rather pleasant.

As we were leaving there were no goodbyes. It was all, "See you next year!" 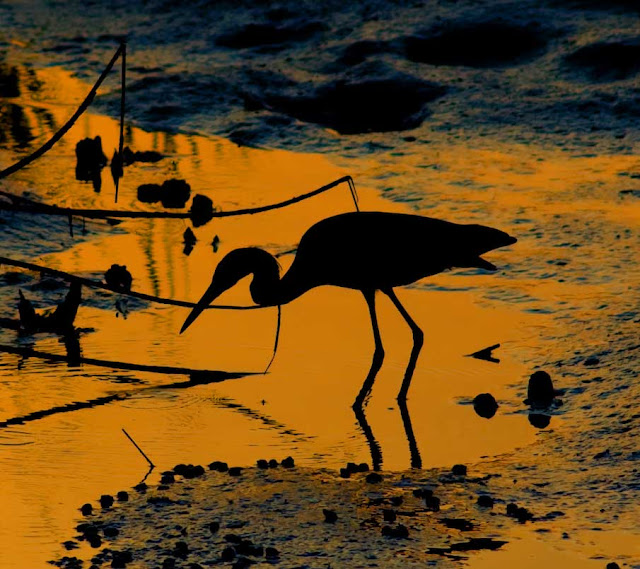 Why I Live Here 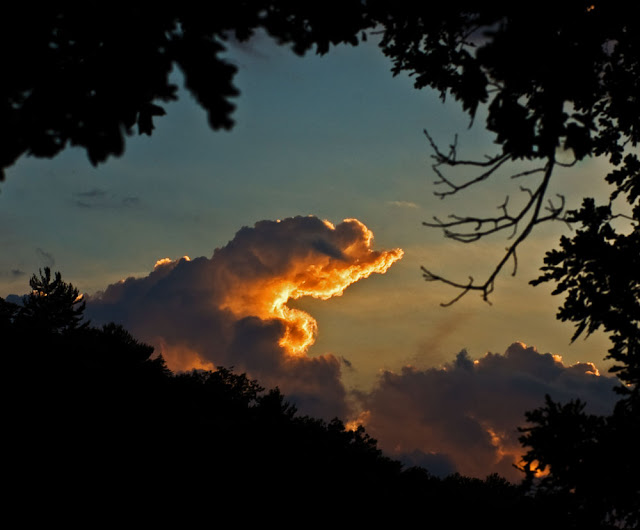 Last Light of the evening.
Posted by Whites Creek at 10:18 PM 2 comments:

I used an old tire I cleaned out of the creek to hold up a target board when I sighted in a 22 rifle last March. I still haven't hauled the tires to the dump. Since the dump charges for tires they don't get taken there and instead wind up thrown off bridges by the truckloads and get washed downstream to us. I'm thinking Mom Nature decided to show me how tires can be used as an art installation when she grew a Carolina Wild Petunia right in the middle of the bull's eye. I know it is a ruellia but I have no idea which one. While I had the camera out I thought you might like to compare monardas, the tame bee balm and the wild bergamont.

Smart Phone App ID's Trees...Now That May Be Useful

So there is finally something that could be useful about smart phones, other than as a disconnect from reality tool.

Camping With the Blue Ghost

I don't have a picture of these little guys but we had one float right into camp last night.


These caught our collective eye as we hiked and swam. It made for an interesting installation on the edge of the campsite. Variously, there are bottles, galls, fossil rocks, a gig made with duck tape and a hand forged fork, shell casings, and a driftwood unicorn. 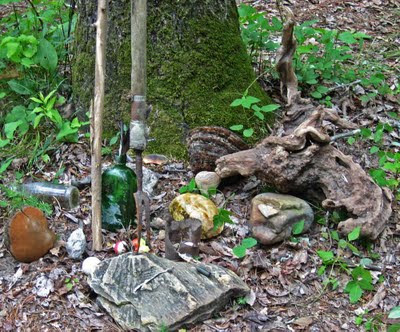 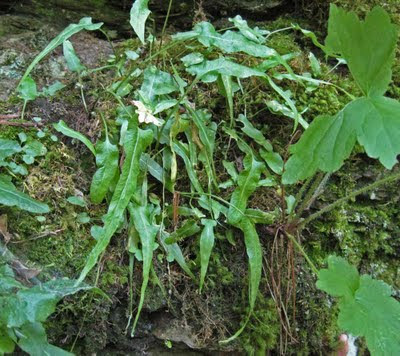 I have always wanted to see a walking fern and now I have. This one grows on a sandstone ledge. The tips of the fronds seek out the ground and will sprout a new plant if things go well. 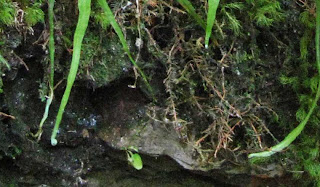 The fern count for the weekend is 14: