Wish Upon a Star

Know what? I say we put away all the crap for a day or two and just be nice to each other, whaduyasay?

"Tis the Season, for lack of reason"

There's so much bs being tossed around, it's hard not to get hit with some of it. Why do folks want to whip up grief this time of year? I mean that war on Xmas thing? It's really the other way around, what with Xmas being a war on the traditional winter solstice celebration of the god, Mithra.

Let's not worry about little things like facts in this season of celebration.

Most of the Xmas story is just a pleasant little myth, with little basis in biblical fact. No two biblical books come anywhere close to agreeing on anything, including which town Jesus was born in or even the virgin birth itself.

...You know those "Wise men" who rode in on camels? No camels, actually, and to consider the five miles they traveled "coming from a far"...well they had to be toady old things for what should be a nice before breakfast walk to seem like any distance at all. They definitely weren't kings...they were astrologers, you know, and real "Wise" men don't pay much attention to astrology, now do they?

There is a great divide amongst christians, conveniently labeled "conservative" and "liberal." The conservative or fundamentalist view is that the christian bible is unerring and true in all aspects. Liberals tend to own up to the glaring inaccuracies and contraditions, though not always.

Belief defies reason and we can just leave it at that. It's ok.

I like some aspect of nearly all winter solstice traditions. There is a commonality that transcends dogma. It is best said in a phrase that conservatives do not seem to believe and liberals seem incapable of bringing about. Nevertheless, I hold it in my heart and wish, for whatever good that will do, to all humankind and every other denizen of this beautiful suffering planet:

Peace on Earth, Good Will toward All!

It is not the tangible, but the transcendant, that heals our hearts. 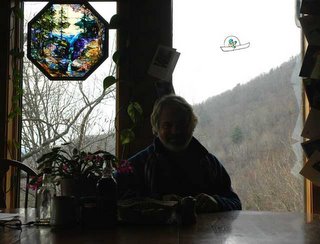