Hanging with the Stars

Some stars wear sun glasses when they go out in public, this one wears clouds. Mt. Ngauruhoe, one of the cameo stars of "Lord of the Rings" known on screen as Mt. Doom, refused to put in an appearance for us. I think that Orc thing has left it a bit shy. We're on the sunny side so the snow cap didn't make the shot. 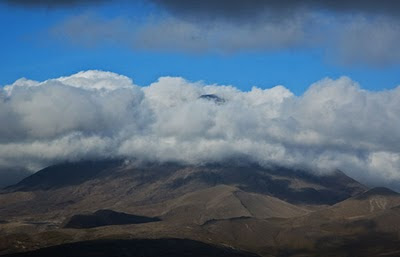 And now the big star...Mordor! Mount Tongariro gives its name to the National park that contains these volcanoes. One of them, Mt. Ruapehu, has erupted as recently as 2007 and killed 153 people in 1996. Doesn't stop the locals from building a ski village right up on the slopes in the volcanic detritus. 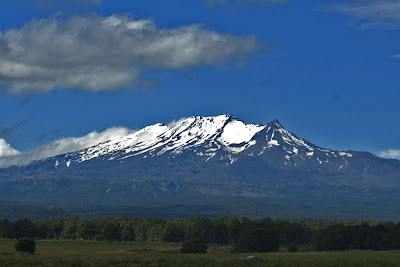 The Kiwis have a certain dry humor that abounds in everything, even the highway signs. 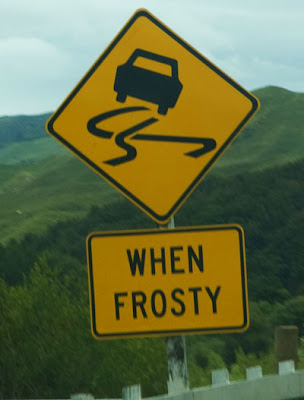 We never saw a live kiwi but the warning signs for their signature bird were everywhere in the parks. Introduced mammals, the possum and a weasel, may be the end of kiwis in the wild. 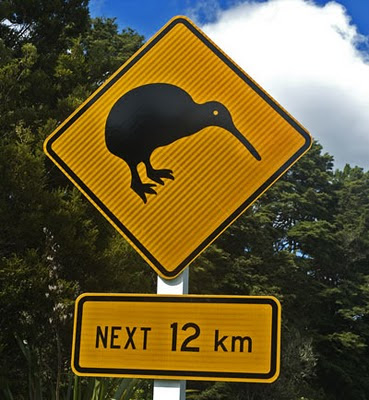