This is the view from the bottom of the cliff that is Walden's Ridge, the edge of the Cumberland Plateau. 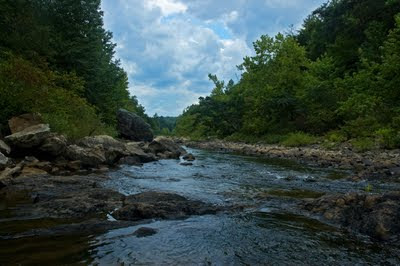 I don't have a clue what this is. It's about a foot tall growing on an exposed cobble bar. I keep going through my book and just can't pick it out.
(update: Steve, the first one figures to be monkey flower (Mimulus alatus) but very blue. The second one could be shortleaf sneezeweed. That's quite rare in TN. It is known from the Obed area. Could you send a picture showing the whole plant including the lower leaves. Also check on the hairiness of the stem... Larry. I'll get new and better shots Tuesday afternoon. Second update...new shot of whole plant) 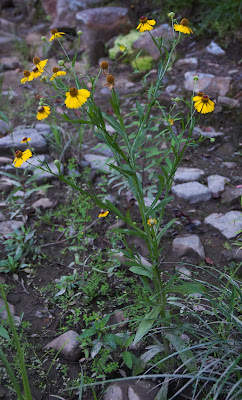 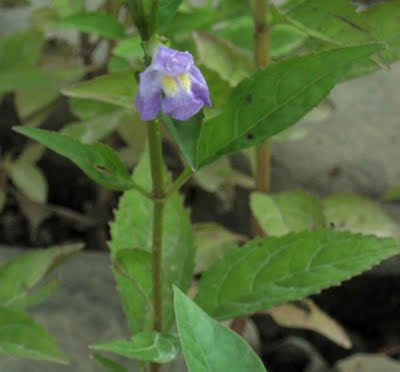 This looks like a short leaf sneeze weed, but I wouldn't put money on it. 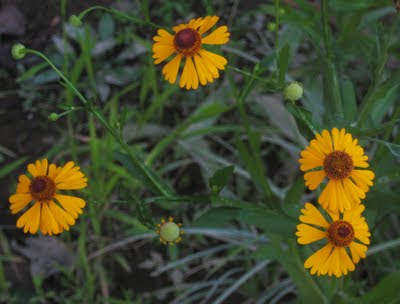 I have to start taking my Nikon on these hikes. The fall wildflowers are going off and the little camera I keep in my pocket just can't get it done when I walk up on several Diana fritilary butterflies feasting on Joe-pye weed. Here's a couple that did work well enough.
This running fern. It does a great job of covering clay banks if they are moist enough. I plan to try to transplant some in a few weeks to see if it will cover one of the big cuts we had to make when we put in the fire trail. 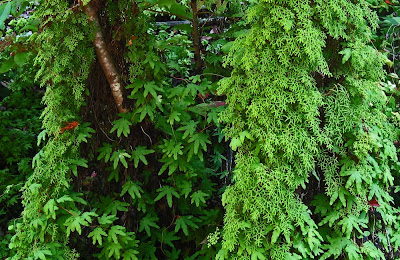 We have been joking about this plant. It's a goldenrod that is, so far as we can tell, undescribed to science but it grows everywhere in the bottoms along Whites Creek. When a new species is described to science the discoverer also proposes a name for it. Botanist Larry Pounds identified it so we call it "Solidago Larryensis", although "Larry's Rod" has been suggested as the common name. 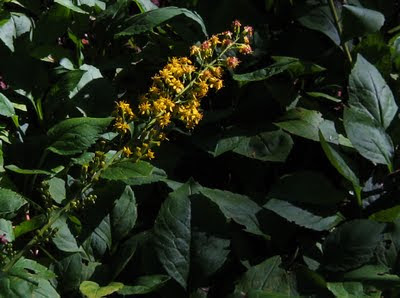 Larry's rod grows as a lush ground cover with the bloom stalk coming out of a rhizome instead of the leaf bunch.
Posted by Whites Creek at 12:26 PM