There are several discussions taking place in our nation this week.

Will people vote for an angry, incompetent, and lying man rather than a stunningly accomplished leader who is of mixed racial heritage? (Most of us are, actually, according to DNA studies on America's population)

In Buchanan Virginia it is a discussion of both...


"We go to church, sing our songs, pray, come out and talk about, 'I can't be for an African American, because of the color of his skin...You can't do that if you are a Christian.

A local newspaper columnist, in a spoof of Obama’s platform, wrote in one recent piece that the Democrat would hire the rapper Ludacris to paint the White House black (a reference to a pro-Obama song by Ludacris), and divert more foreign aid to Africa so "the Obama family there can skim enough to allow them to free their goats and live the American Dream." He joked that Obama would replace the 50 stars on the U.S. flag "with a star and crescent logo," an Islamic symbol, and that his policy on drugs would be to "raise taxes to pay for Obama's inner-city political base."

The columnist, Bobby May, is also treasurer of the Buchanan County Republican Party and was listed in a July news release as the county's representative on McCain's Virginia leadership team, though he said his column reflected his views alone, and he denied it was racist.

Isn't it amazing that we have now narrowed our Presidential choices to two candidates who associate with Terrorists?

One of the candidates associates with a convicted felon who made plans to firebomb the Brookings Institution, Murder investigative journalist for the Atlanta Journal Jack Anderson, and kidnap protesters at the Republican Convention, before he was caught. He was convicted and served 4 1/2 years in Federal prison for several break-ins to steal papers from opposing political figures. The Convicted felon even used the public airwaves to instruct his followers on how to shoot Bureau of Alchohol Tobacco and Firearms agents. In the most brazen of acts, this domestic terrorist held a fundraiser for his candidate who attended even though it was held at the terrorists own home, where tens of thousands of dollars were raised.


The other candidate associated with a man who was a member of a radical anti-war group 30 years before they met, but who was never convicted of anything. This man rebuilt his life, earned a doctorate, published 16 scholarly books and hundreds of articles, founded the "Small Schools Workshop" and the Chicago School Reform Collaborative" and has become a leading figure in the education community and is a nationally recognized and distinguished professor of education at the University of Illinois/Chicago.

Now for something completely different...

Our bible study passage for the day is:

Your poverty will come in like a vagabond
And your need like an armed man.
A worthless person, a wicked man/woman,
Is the one who walks with a perverse mouth,
Who winks with his/her eyes, who signals with his feet,Who points with his/her fingers;
Who with perversity in his heart continually devises evil,Who spreads strife

Do not desire her beauty in your heart,
Nor let her capture you with her eyelids. 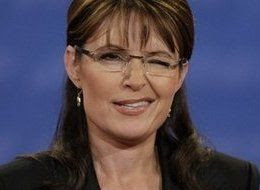