WE hiked by the wild turkey nest and found it empty. Looking around we found lots of empty egg shells that look like this. Here's hoping this is what the shells look like when the babies break through and that there's a happy turkey momma out there with eleven poults roaming around the gorge. 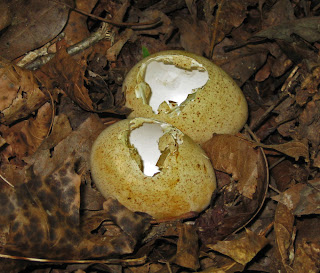 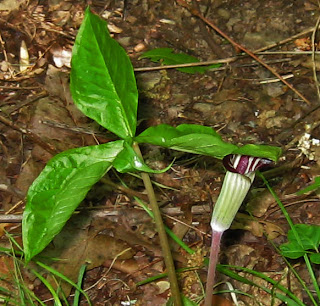 A Jack in the Pulpit sits in the middle of our trail. I put a rock next to it so folks won't step on it. Even so it is tough to see.
This is a carnivorous plant called Round Leaf Catch Fly that lives on the sandstone cliffs of the Cumberland Plateau. It's closely related to Fire Pink. The leaves have sticky hairs that catch midges and other small insects from which the plant gets its nitrogen. this lets it survive in really harsh environs like the sandstone cliffs of East Tennessee. All that said, it's a striking flower. 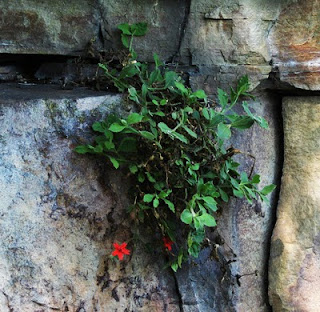 As we sat on the rock above the previously mentioned flower it comes to us that today was a stunningly beautiful Mother's day. 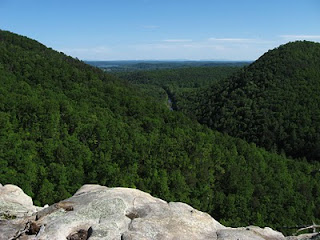 Off in the distance is Star Mountain and Gee Mountain, as the locals call it. Between them flows the Hiwassee River. Closer and more prominent is Whites Creek. The hills on the left and right are Walden's Ridge, ,cut clean through by White's Creek. There are two eagles in this picture, believe it or not. You should have been with us today.
Posted by Whites Creek at 8:04 PM