When Phil Come to town...

Phil Bredesen talked to a packed Kingston Community Center at his Roane County kickoff. He took his time and spoke with everyone who lined up, which was a lot of people. He did the little things that have marked his term of service, like walking back into the kitchen before he left, thanking the crew that served the barbecue (which wasn't bad, as good old Southern political campaign food goes) 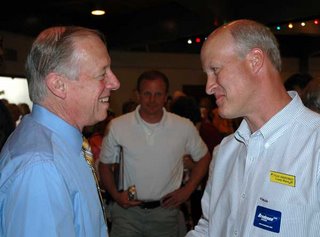 Local County Mayor candidate Tyler Overstreet got the "Phil" schmooze treatment. You can diss the Governor for this or that political position, but he's got star power one on one. 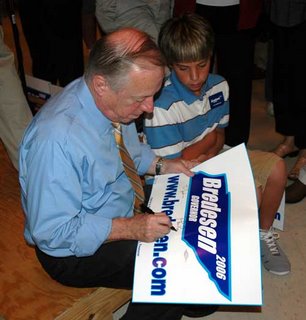 Bigger
Phil gives Josh Davis a keepsake
Posted by Whites Creek at 7:36 AM